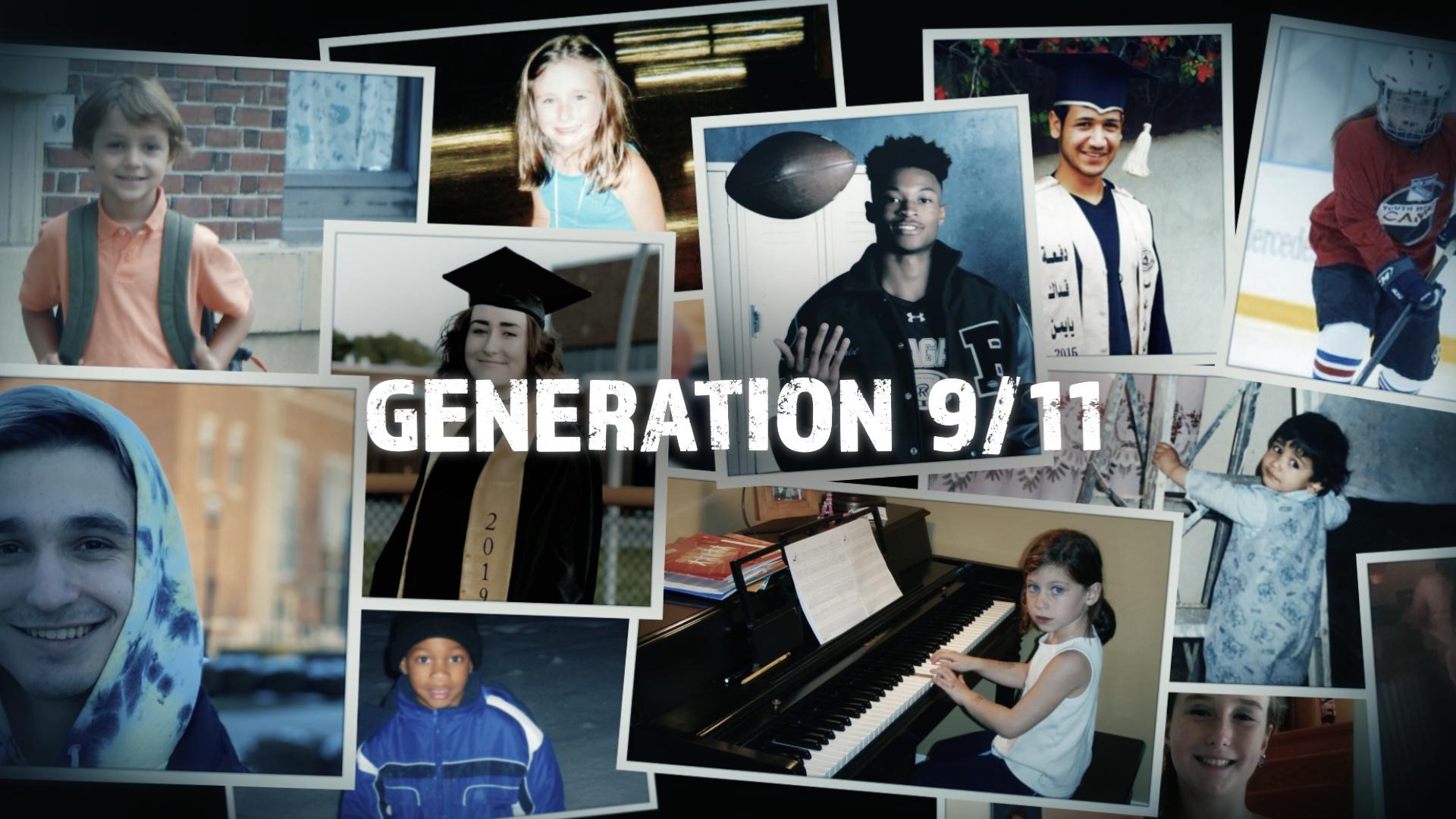 Among the victims of the terrorist attacks on September 11, 2001 were more than 100 expectant fathers. Two decades later, their children are coming of age. On the 20th anniversary of the events, GENERATION 9/11 focuses on the stories of seven children whose fathers died that day, and reveals how an entire generation was shaped by the tragedy and its aftermath. Born at the dawn of the 21st century, they arrived in a world where the 9/11 attacks initially drew the nation together. But by the time they entered high school, America was more divided than ever. Now entering adulthood, they carry a new sense of responsibility. Commissioned by PBS, ARTE France and Channel 4, GENERATION 9/11 is produced by Arrow Pictures and directed by Liz Mermin. The documentary premieres on Tuesday, August 31, 9:00-11:00 p.m. on Southern Oregon PBS, PBS.org and the PBS Video app.

Following its protagonists on their personal journey, GENERATION 9/11 combines new footage, family photos and home archives. The film documents what happened to this unique group and their families in the 20 years following al-Qaeda’s attacks. Weaving together shared chapters in the children’s lives—first days of school, 9/11 anniversaries, discovering how their fathers died and more—the film also provides a lens through which to look at the broader world during the last two tumultuous decades.

“Our research team spent months identifying all the individual stories,” said John Smithson, Creative Director for Arrow Pictures. “From there, we focused down on a small cross-section of children whose fathers died on that fateful day, people from all sorts of diverse backgrounds across America and the world beyond to unveil the hidden cost of the tragedy.”

“The world, not just America, was forever changed as a result of 9/11 and its aftermath, and we wanted to explore that ongoing global impact in a direct, personal way,” said Bill Gardner, Vice President, Programming and Development, PBS. “These young people and their families have been shaped by 9/11 in a variety of intimate ways, and their openness to sharing their lives allows us to thoughtfully explore the nuances of the 20 eventful years since that terrible day.”

Megan Fehling lives in Long Island, New York. Her father, a firefighter, was killed in the South Tower, leaving a pregnant wife and 3-year-old daughter behind. Like her father, Megan has a passion for music. In her spare time, she loves reading and writing lyrics, short stories and poetry.

Nick Gorki is from upstate New York and has just begun studying at Purdue University. His mother, Paula, worked in the South Tower. On 9/11, her morning sickness made her late to work, and she narrowly missed the crash. Her partner, Sebastian, had a meeting in the North Tower and did not survive. Nick is a cheerleader, but his greatest love is working with computers.

Fares Malahi was 3 in September 2001, but never met his father, Abdu. Brought up in Brooklyn, Abdu returned to Yemen often, where he met Fares’ mother, Nabeela. On 9/11, Abdu was working as an AV engineer at the Marriott in downtown Manhattan. He died while helping guests evacuate the hotel. Nabeela, Fares and his older brother, Malek, were in Yemen waiting for their U.S. visas. In 2008, Malek moved to Michigan, but Fares stayed behind with his mother, who didn’t have her paperwork. Then the civil war began. In 2016, Fares and Nabeela left Yemen to join Malek in Dearborn. Fares has since earned his GED and continues his education from home. He also works as an event videographer.

Ronald Milam, Jr. lives in San Antonio, Texas. His parents served in the military and were working at the Pentagon on 9/11 on opposite sides of the building. After Ronald Sr. was killed, Ronald’s mother left the Army and moved the family to Texas. A high school football player, Ronald was injured last year and is still recovering. He began university life at Texas Tech in Lubbock, but has since moved back home to San Antonio. He intends to continue his studies at a local university and hopes to become a physician’s assistant.

Dina Retik hails from Massachusetts, but now attends the University of Vermont. Her father was a venture capitalist and was killed on hijacked American Airlines Flight 11. Dina grew up in a big, loving family, though she was always aware of the gap left by her father. Her mother, Susan, became involved in charity work soon after the attacks, supporting widows in Afghanistan. She is a role model for Dina, who is passionate about becoming an educator.

Claudia Szurkowski was born in New York. Her father, a wallpaper hanger and mechanic, was working in the North Tower on 9/11. After his death, her mother brought Claudia and her sister down to Florida, where she grew up and still lives today. Working as a receptionist at the local hospital has given her a front-row view of the pandemic. She is also studying at Florida SouthWestern State College in Fort Myers and is particularly interested in law and criminal justice.

Luke Taylor was born in Washington, D.C. His father, Lt. Colonel Kip Taylor, was killed in the Pentagon attack. Just two years later, his mother died of cancer. Luke and his older brother were adopted by their paternal aunt and uncle and were brought up in Colorado. Luke now attends Texas Christian University in Fort Worth, Texas, where he is a member of the ROTC. He plans to join the military when he graduates.