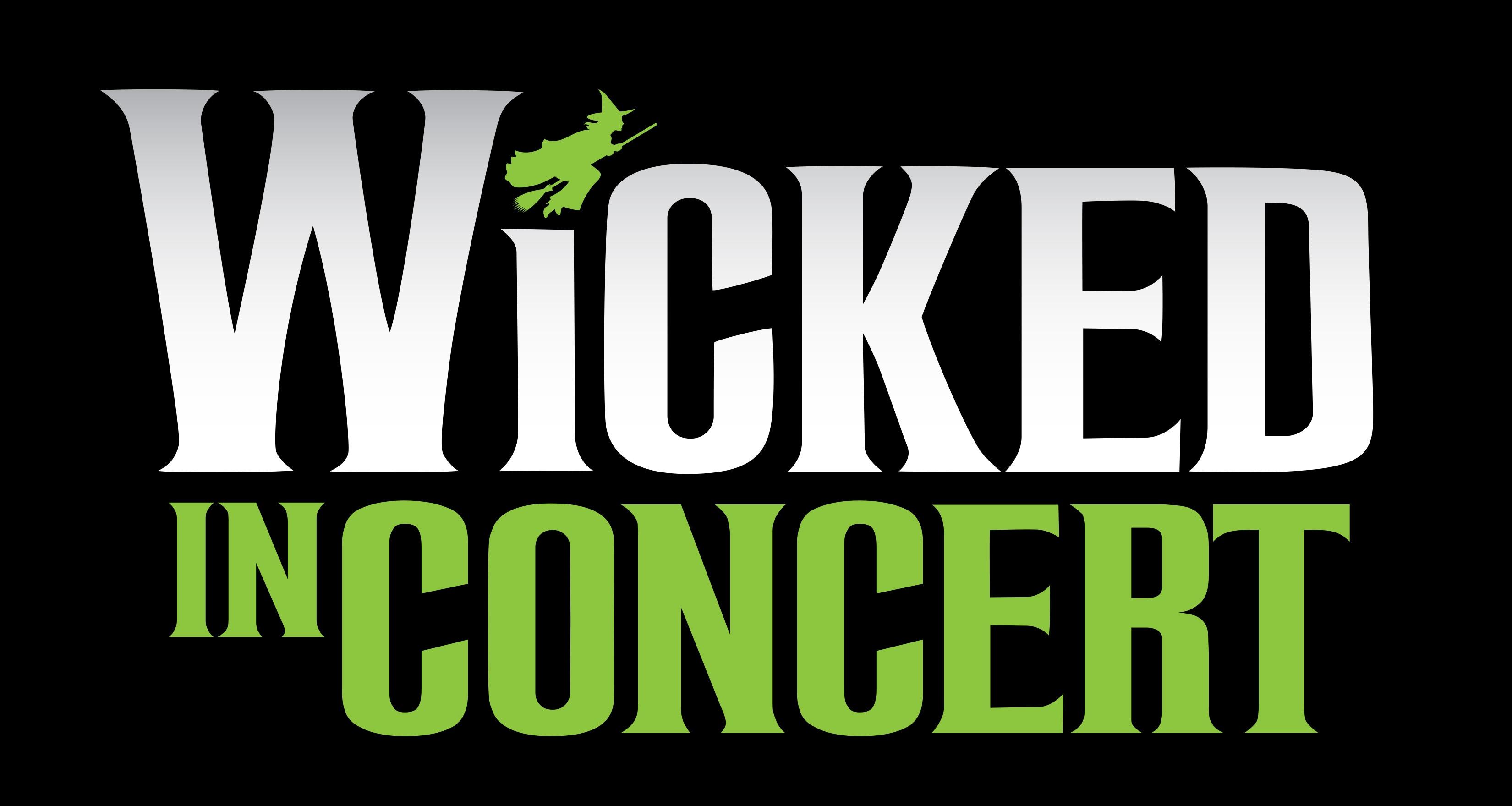 A Musical Celebration of the Iconic Broadway Score

SO PBS presents WICKED IN CONCERT: A Musical Celebration of the Iconic Broadway Score on Sunday, August 29, 2021 at 9:00 p.m. ET on SO PBS, PBS.org and the PBS Video App.

PBS will mark Broadway’s return with WICKED IN CONCERT, a musical event celebrating the songs from one of the most iconic hits in Broadway history. This special performance will feature reimagined, never-before-heard musical arrangements created just for this broadcast, performed by celebrity artists from the worlds of film, pop music and television. Whether you’ve listened to the Grammy Award-winning cast recording for years or are new to the world of Oz, you will fall in love with these extraordinary Broadway classics written by the incomparable composer Stephen Schwartz.

“PBS is thrilled to share this concert and the wonderful songs from Wicked with our national viewing audience,” said Jerry Liwanag, Vice President, Fundraising Programming, PBS. “The show is not only a cultural phenomenon that’s been seen by over 60 million people around the world, it’s a musical with a universal message of acceptance that resonates as much now as it did when the show opened on Broadway in 2003 – perhaps even more so.”

Musical numbers featured in this star-studded concert include much of the beloved score including The Wizard and I, Defying Gravity, Popular, Wonderful, No Good Deed, For Good, and As Long As You’re Mine.

WICKED IN CONCERT is directed by Broadway legend Baayork Lee. The Associate Director is Tara Young and Assistant Director is Cassey Kivnick. The concert features lighting design by Zach Blane, with musical direction by Luke Frazier. The orchestra arrangements are created by Frazier with members of the American Pops Orchestra and filmed in multiple locations including Washington, DC, Los Angeles and New York City.  All-star casting to be announced at a later date.

About the American Pops Orchestra

APO was founded in 2015 with a mission to breathe new life into orchestral pops programming and inspire diverse audiences to discover the wealth of the material in the Great American Songbook in dynamic new ways. Seeing an opportunity to challenge the status-quo of the repertoire an orchestra performs, Founder and Music Director, Luke Frazier, created The American Pops with the intent of breaking the mold of the traditional pops orchestra. This new, distinctly “American” orchestra brings together versatile musicians and reimagined programming focused around the Great American Songbook, and presents it with an approachable, fresh spin in order to engage diverse audiences. Through non-traditional orchestral settings, APO aims to deliver popular American classics to those who already know and love them, while also introducing these timeless pieces to younger generations in approachable settings. To learn more, visit www.TheAmericanPops.org.

About Luke Frazier, Music Director and Conductor
Growing up in West Virginia and spending most of his career in New York City and Washington, D.C., Luke knows the breadth of audiences that can have their lives changed by music of all kinds. A classically trained pianist and conductor, Luke spends every day focusing not only on musical excellence but also about using music as a tool to connect people from all walks of life. Gone are the days of programming and conducting in a vacuum—the arts today are about the communities we serve and the patrons, both existing ones and those yet to be reached. This philosophy has led Luke to be a pioneer in how, where, and what orchestras perform. This commitment to innovation led Luke to start The American Pops Orchestra in 2015 to serve as an artistic model of this thinking. In Luke’s shows, it’s not uncommon to hear pop singers, classical musicians and television stars all in the same program. Each concert, whether it be with his own APO or another orchestra around the country, is curated as an opportunity to highlight music, particularly American Popular Music. This music that we’ve created together can be used as a rallying point in our collective lives. Luke crafts each concert with a dramatic arc featuring both innovative and classic arrangements to keep both audiences and artists engaged at every measure.

Luke is lucky to call many of the world’s most acclaimed artists, friends and collaborators. These friendships include Renée Fleming, Brian Stokes Mitchell, Patti Labelle, Kelli O’Hara, Juanes, Wynton Marsalis, Rita Moreno, Morgan James, Joshua Bell and so many more have led to concerts all over the country both in iconic venues and to millions of viewers on television. Passionately committed to the next generation of musicians, Luke spends a significant amount of time and resources with all levels of aspiring musicians. Each year APO hosts a free national collegiate vocal competition, hosts instrumental and vocal masterclasses for collegiate musicians, creates original children’s programming of the highest caliber and spends two weeks visiting schools free of charge in some of the poorest regions of our country. Luke believes in the power of music to open new doors for children – In fact, it was an elementary school gymnasium performance which included live musicians that inspired his own career.

Baayork Lee has performed in a dozen Broadway shows and created the role of Connie in A Chorus Line, also serving as Michael Bennett’s assistant choreographer on A Chorus Line, of which she has directed and choreographed many national and international companies.

Through her nonprofit National Asian Artists Project (NAAP), Baayork’s vision includes educating, cultivating, and stimulating audiences and artists of Asian descent through the many outreach programs the company offers. The organization has produced Oklahoma!, Carousel, Hello Dolly!, Oliver! and Honor (collaboration with Prospect Theater Company) with all Asian American casts. With these classic shows, NAAP has demonstrated that famous works can speak to all audiences and ethnicity is no longer a barrier.

She has been the recipient of numerous awards for her work, including the 2017 Isabelle Stevens Tony Award, 2014 Paul Robeson Award from Actors Equity Association, the Asian Woman Warrior Award for Lifetime Achievement from Columbia College, Asian/Pacific American Heritage Association Achievement in Arts Award, and the Dynamic Achiever Award from OCA Westchester.

The Broadway sensation WICKED looks at what happened in the Land of Oz…but from a different angle.  Long before Dorothy arrives, there is another young woman, born with emerald-green skin, who is smart, fiery, misunderstood, and possessing an extraordinary talent. When she meets a bubbly blonde who is exceptionally popular, their initial rivalry turns into the unlikeliest of friendships…until the world decides to call one “good,” and the other one “wicked.”

With a thrilling score that includes the hits “Defying Gravity,” “Popular” and “For Good,” WICKED has been hailed by The New York Times as “the defining musical of the decade,” and by Time Magazine as “a magical Broadway musical with brains, heart, and courage.”  NBC Nightly News calls the hit musical “the most successful Broadway show ever.”

Now the 5th longest-running show in Broadway history, WICKED is the winner of over 100 international awards including the Grammy Award and three Tony Awards.  Since opening in 2003, WICKED has been performed in over 100 cities in 16 countries around the world (U.S., Canada, United Kingdom, Ireland, Japan, Germany, Holland, Australia, New Zealand, Singapore, South Korea, The Philippines, Mexico, Brazil, Switzerland and China) and has thus far been translated into six languages: Japanese, German, Dutch, Spanish, Korean and Portuguese. WICKED has been seen by over 60 million people worldwide and has amassed over $5 billion in global sales.

Based on the novel by Gregory Maguire, WICKED has music and lyrics by Stephen Schwartz, and a book by Winnie Holzman.  The production is directed by Tony Award winner Joe Mantello with musical staging by Tony Award winner Wayne Cilento.  WICKED is produced by Marc Platt, Universal Stage Productions, The Araca Group, Jon B. Platt and David Stone.