Build a Better Memory Through Science 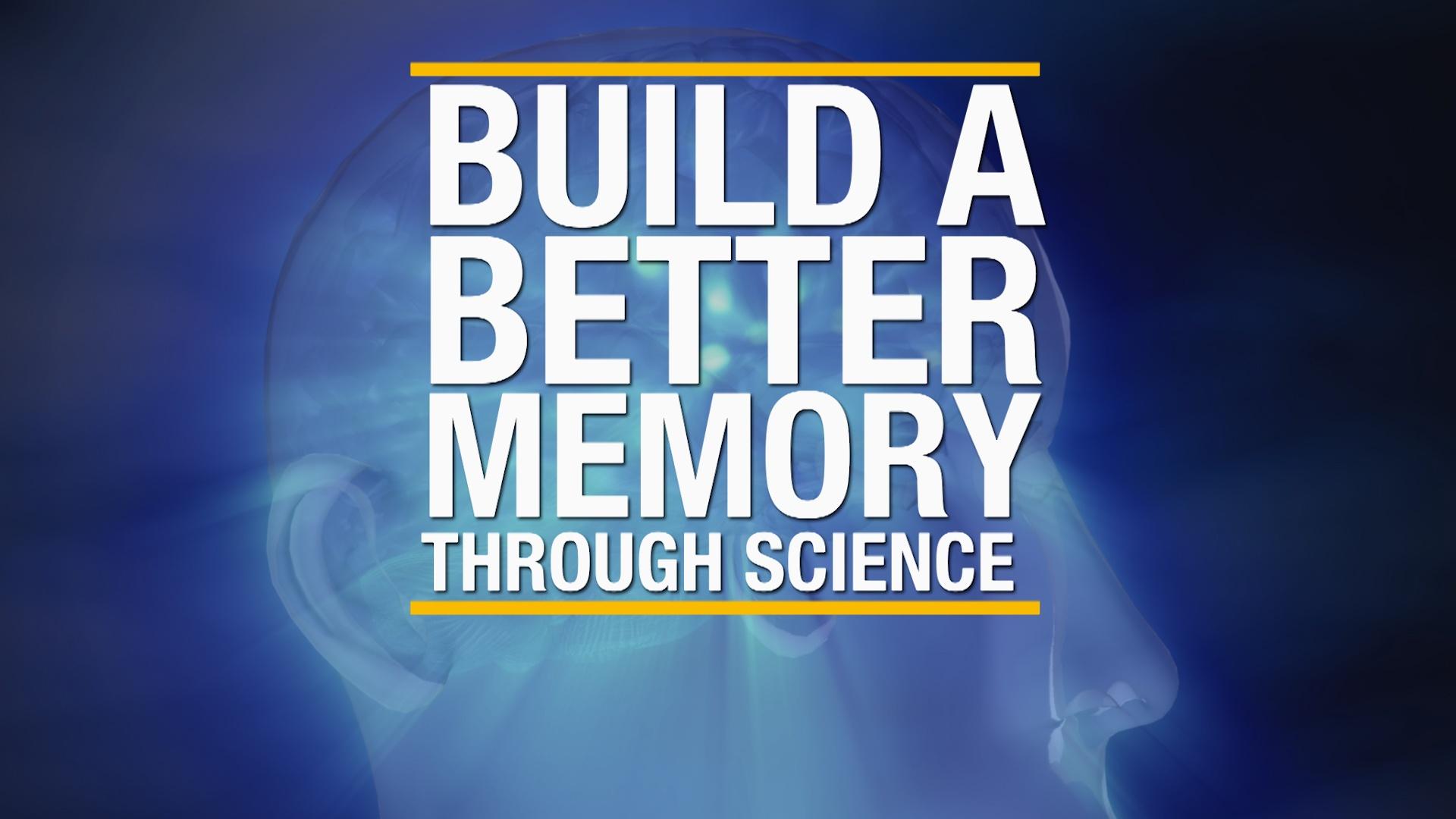 If you’re over 50, chances are likely that you’ve misplaced your keys or are unable to retrieve the name of a favorite song that’s on the tip of your tongue. But there are proven ways to improve memory and, by exploring the latest research, BUILD A BETTER MEMORY THROUGH SCIENCE shows us how. Featuring interviews with leading experts — neuroscientists, cognitive psychologists, memory trainers and others — the program uses state-of-the-art computer animations to clearly illustrate how memory works and ways to help maximize it. Hosted by ABC News Nightline co-anchor Juju Chang, BUILD A BETTER MEMORY THROUGH SCIENCE is part of special programming premiering on SO PBS  beginning Saturday, June 5, 2021.

Experts provide workable, weekly strategies and lifestyle suggestions that make improving memory fun and rewarding. Simple, everyday activities — doing something out of the ordinary, getting more sleep, eating a diet rich in healthy fats and moving the body are just a few of the helpful tips provided.

Juju Chang is an Emmy Award-winning co-anchor of ABC News’ “Nightline.” She also reports regularly for “Good Morning America” and “20/20.” In 2021, Chang co-anchored an ABC News Live special “Stop The Hate: The Rise In Violence Against Asian Americans” and the “20/20” breaking news special “Murder In Atlanta” after the mass shooting at three spas there.

Chang has been recognized for her in-depth personal narratives set against the backdrop of pressing national and international news: from immigration and terrorism to racial equity and LGBTQ+ rights. For PBS, she hosted NATURE: American Spring LIVE, a three-day, multi-platform event in April 2019.

Chang has covered major breaking news for decades including extensive coverage of the COVID-19 pandemic: the science, the economic fallout, the racial disparities, the impact on hospital ICUs and essential workers. Chang has reported extensively on mass shootings and the myriad issues raised by shootings at the Pulse nightclub in Orlando, at the concert in Las Vegas and at the Sandy Hook school in Newtown, Connecticut.

A former news anchor for “Good Morning America,” Chang joined ABC News just after college and rose to become a producer for “World News Tonight.” Chang’s work has been recognized with numerous awards, including multiple Emmys, Gracies (including one for an ABC News 20/20 story on gender bias in science), a DuPont, a Murrow and Peabody Awards.

Born in Seoul, South Korea, and raised in Northern California, Chang graduated with honors from Stanford University with a Bachelor of Arts in political science and communication. She is married to WNET president and CEO Neal Shapiro and, together, they have three sons. Chang is a member of the Council on Foreign Relations and a founding board member of the Korean American Community Foundation.